Lord Overhaul: How to fix a rake’s missing wing nut

Our rake lost its wing nut that is used to fix the pusher for the blades. 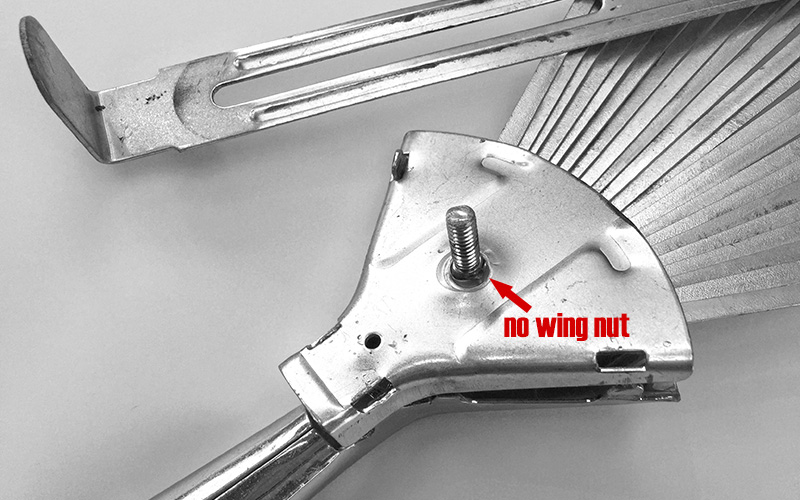 On first inspection I thought, that I just take any other M5 wing nut and that thing is good for another ten years of gardening service. But far wrong. The ISO metric screw threads (Wikipedia) come in different pitches: fine, middle, and coarse (at least in Germany). The thread in the rake must be either middle or coarse. At least none of my fine nuts fits on the thread.

So what now? Make or buy? Buy a couple of wing nuts? Buy a new rake? Of course not. Let’s replace the screw with a M5 fine pitched one.

First step: Pry open the lid. Done. Second step: Remove the old screw. Not an easy task since the manufacturer first drilled a hole and then pushed or hammered the screw through the hole so it stuck really, really tight. After a couple of miserable attempts to remove it with pliers I realized that there is only one appropriate tool for this job: A hammer. The evil screw is out.

Let’s see how we get the new screw attached to the lid. Soldering stainless steel is difficult. Welding would surely work but is somewhat impossible without weldering equipment. Last resort: Glue! Hot glue, not durable enough. The same might apply to super glue. But two-component power putty should be fine. 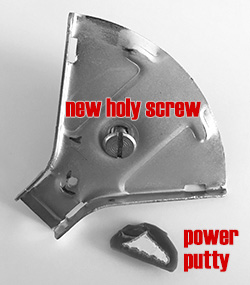 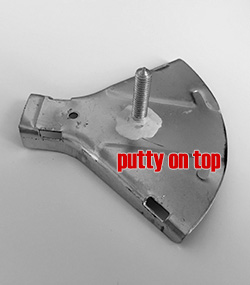 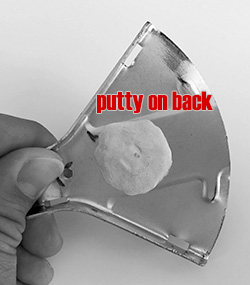 Funny thing: I do have nuts, but no wing nuts! Duh! So let’s print a wing nut using the awesome Ultimate Nut Knob Generator (Thingiverse) by wstein. Here it is. 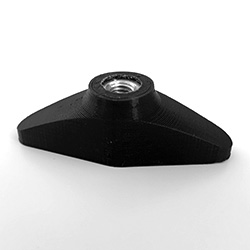 I super glued a washer on the outer side so the PLA will not be squashed or damaged when the wing nut is tightened. Now it’s time to put the pieces back together.

All set and done. Let the gardening begin!