30.06.2016
Bring order and stability to your Maker country and get those lounging around resistors into an appropriate 3D printed nifty little resistor storage box.

Quite some time ago I ordered five E12 series resistors that I received in a plethora of plastic bags. One plastic bag for every resistor value. And since there are 12 resistors in each series, I had 60 plastic bags with resistors ranging from 10 Ohm to 820 kOhm lying around. That is the antitheses of orderliness and usability. 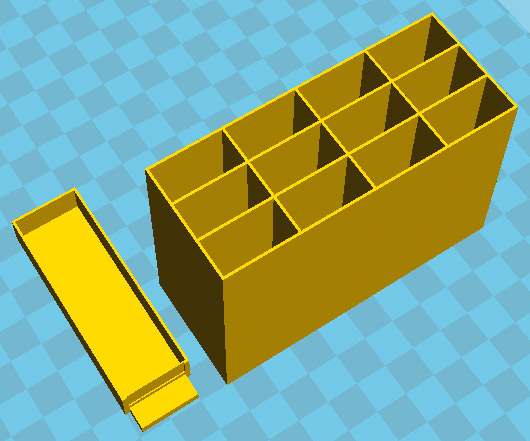 Each box has 12 drawers to hold all resistors from one E12 series. Printing five (actually six with a test print) boxes and 60(!) drawers was a lengthy process. 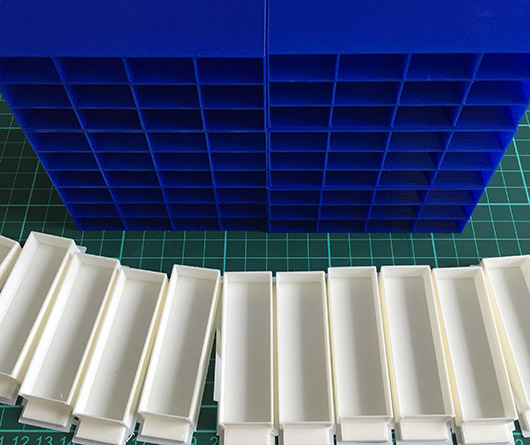 The result is ok. Though deliberately choosing a low print quality for the drawers (=less printing time) combined with warped backsides of the boxes required some reworking with a cutter blade and sanding paper. I use super glue to stack the boxes on top of each other and put the resistors into their drawers. 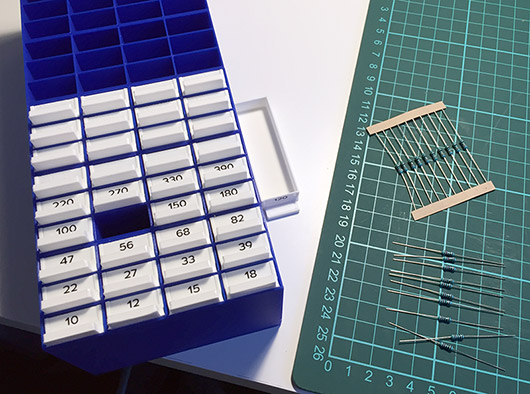 The drawers have a 17x6mm cavity at the front that can be used as a label field. Labeling the drawers is mandatory since there is not much sense in putting resistors into drawers without knowing which resistor has which resistance…

Unless, of course, you like to compare the color rings with a resistor color table. It would be an interesting idea to build a simple Arduino-based auto-ranging ohmmeter and attach it to the top or bottom of the storage box phalanx; note to self for a later project. A label writer with 6mm tapes helps in creating and easily attaching the labels. Another solution would be to print, cut, and glue the labels. Hand writing might be an option, or you could even 3D print the labels which would be yet another fine Sisyphean task. 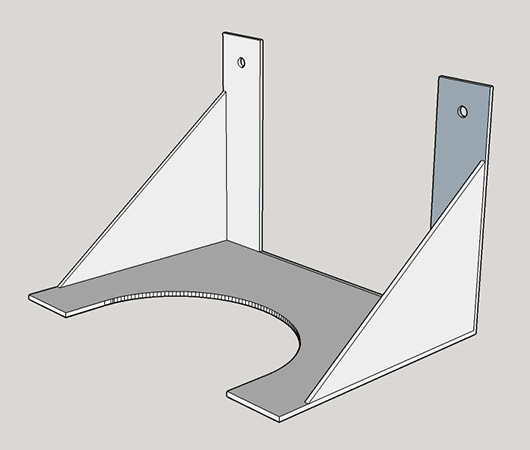 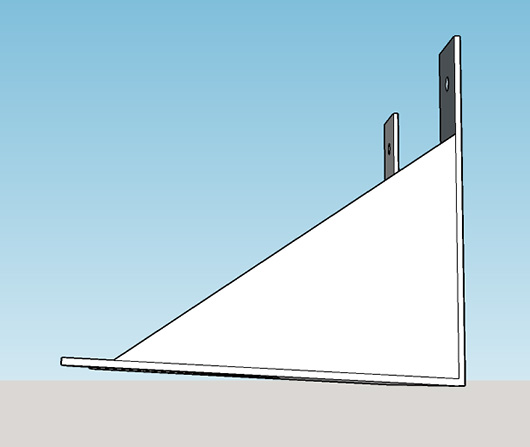 You can download the STL file here. The next picture shows the box holder screwed to the wall. The holder looks distorted but this is due to the chosen perspective for the photography. 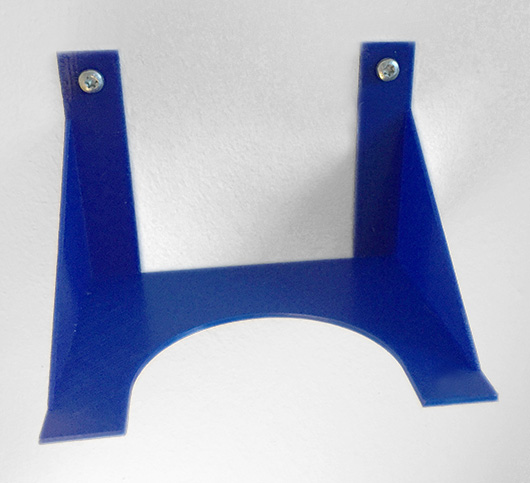 Finally, the stack of resistor boxes is super glued to the holder. Major achievement: “order and stability in our [resistor] country.” 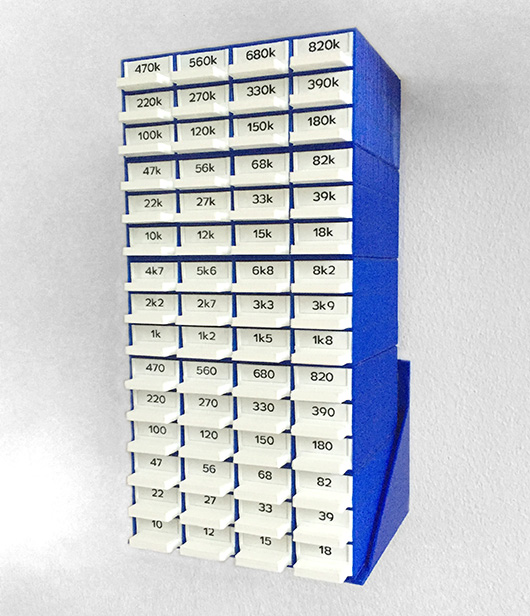